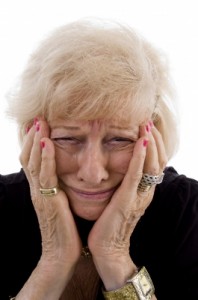 Elder law is a relatively unknown segment of law and is often overlooked when seeking legal solutions.  But for some seniors and their families an elder law attorney may be exactly what they need.  Elder law is very broad and includes things like estate planning, probate, guardianship, real estate, nursing home neglect and a dozen other areas of law that are nearly exclusive to the elderly. Typically one lawyer will not have expertise in every area, but will instead work with a network of attorneys who can supplement in specific areas when needed and vice versa.  Also, keep in mind just because an individual is elderly does not mean they need an elder law attorney.  Elder law is focused on legal problems specific to the elderly.  Concerns with other areas of law may best be handled by attorneys dedicated to those areas.

Here are a few questions to ask when seeking out a an elder law attorney:

In addition to a legal network, an elder law attorney should be familiar with the “elder network”, a network of public and private community resources to assist seniors in various capacities.  This should include a reputable reverse mortgage lender. 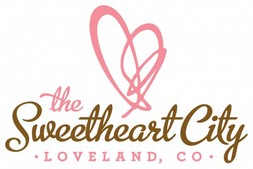 Loveland, Colorado is amazing for many reasons.  While it sits right in the heart of Northern Colorado, with easy access to many surrounding bustling cities, it’s an incredibly low key town.  The people are great, the community truly cares, and of course, it’s a haven for love and has been for 70 years.  There’s a reason Loveland is called the sweetheart city, and goes beyond just the name.

All five, and several dozen more, braved cold weather, falling snow and travel warnings Monday to kick off the 70th remailing program — an effort by which more than 150,000 valentines are stamped with a special Sweetheart City design and postal cancellation, and then re-sent to destinations around the world.

“You touch lives all over the world, 50 states and 110 countries,” Mindy McCloughan, president of the Loveland Chamber of Commerce said to the volunteers, who will stamp through Feb. 12.

“People are depending on you, snow, sleet, rain and hail. You have snow boots, will travel, right?”

New to the table

Volunteers often do not leave the volunteer remailing program, so future stampers can spend years on the waiting list, which is currently 70 names long.

Wilma Davis first signed herself and her “bestest buddy” Paul Wallace up 12 years ago. She was delighted, about two weeks ago, to get the call that 2016 would be their first year as Loveland valentine stampers.

Both she and Wallace practiced several times with black and red ink to make sure their stamps were just so, then dove right in with the other volunteers.

“I think it is just awesome,” said Davis. “The camaraderie is great.”

Wallace and Davis met each other growing up in Kansas when she was 10 and he 11, and were friends all through school before their lives took different directions and they lost touch. Both married and had happy lives, each raising four children.

They reconnected as friends years later, and after both of their spouses died, began communicating by email. The friendship rekindled, and 16 years ago Wallace moved to Loveland. He and Davis are now best friends who travel and volunteer together.

And now, after 12 years of waiting, the friends sat side by side Monday and hand-stamped valentines that will make their way around the country, and perhaps, the world.

“I had a friend who was stamping,” Delaine Phillips said. “She came by the house one day and said come with me.”

That is how it all began. She has been stamping valentines for the Loveland Chamber of Commerce for 27 years. When she started, the volunteers worked in the old post office. There was no waiting list, no room full of volunteers, just two rows of tables and a sorting table.

Delaine was joined a few years later by Joan Williams, a 25-year veteran, and Janice Gibbs, a 23-year veteran. The three have been team ever since. They work at a separate table that deals with unusual mail, pieces that are too bulky, specially decorated or with some other issue.

“We wanted to be the Andrews Sisters,” Williams said.

The three have been through a few different labels, The Trouble Shooters, The Three Amigos and most recently, The Three Musketeers.

“We have a lot of people who are very creative,” said Williams. They have seen their fair share of unusual mail with everything from glued-on macaroni to lace and frills. They repackage it, if need be, and make sure it still gets a Loveland stamp or sticker, no matter what is on the outside.

“We try to come up with ways to see most of the stamp without covering up the pictures,” Phillips said as she discussed how they will cut apart the stamps to accommodate the card.

“Remember the obscene postcards?” Gibbs asked as the ladies reminisced about the most memorable valentines they had seen. The postcards were discreetly repackaged and returned to sender.

The waiting list to be a volunteer is a long one, with people waiting to be part of the dances, theme days and good times. Much like the unique valentines they’ve seen, they trio has been lucky to meet many unique volunteers.

Welcome to my blog, where I provide information and facts about my specialty: